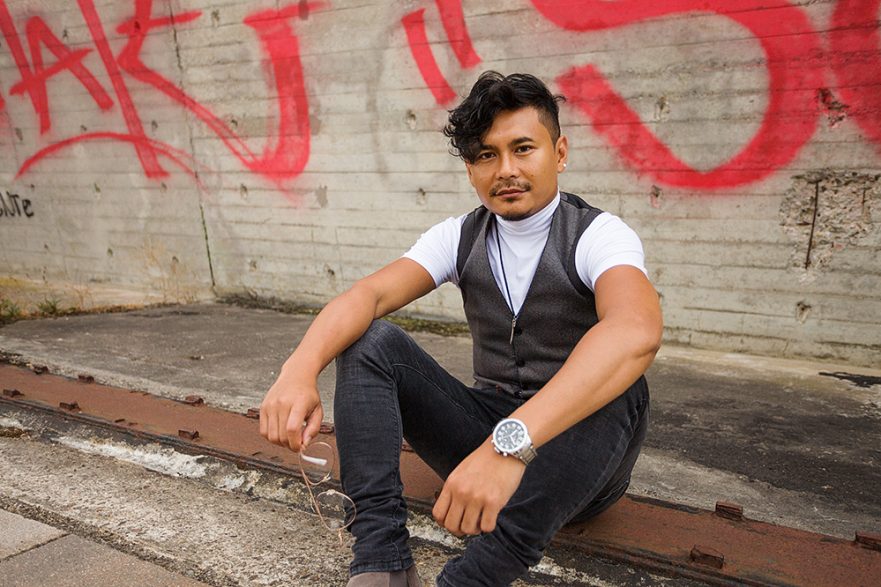 Ari ‘Ernesto’ Purnama is a filmmaker of Indonesian origin, university educator and researcher, and a FilmLab 2012 alumnus. In this interview, he talks about how he got into filmmaking, his past, recent, and future projects, and his CinemAsia FilmLAB experience.

Tell us how you got into filmmaking?

‘I got into filmmaking because a friend of mine who submitted his film to IFFR in 2010 wanted to have my music. The film is called ‘At the very bottom of everything’. It’s about someone who struggles with bipolar disorder. He invited me to the premiere and it’s such an eye opening in a sense that the world of filmmaking can also be very down to earth, personable, inclusive and friendly.

When I was there having lunch with all those filmmakers from different parts of the world, it dawned on me that “Oh yea, you don’t need to go to Hollywood. We can also bring our stories.” So that kind of inspired me. And I always see myself as an imaginative person. I have stories and ideas at the back of my mind that I wanted to put into paper and then later on turn to screen. I never really had the facility nor avenue to do it, until I discovered the FilmLAB opportunity from CinemAsia.’ 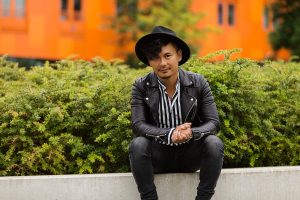 How did you come across CinemAsia FilmLAB?

‘I think someone kinda referred that to me because I was writing some reviews and articles for a magazine called Latitude. That year, I think it’s about inter-generational relationships. It’s about families in the Netherlands so I thought “Hey, one of my stories also touches on that issue”. The title of my film then was called ‘Makan Siang’ which means lunch in Indonesian but I ended up not using that title. Instead I opted for Our Attachment to Rice’.’

How did this experience help you move forward in filmmaking?

‘I think one of the instrumental things from this FilmLAB is that it kind of reaffirmed my desire and conviction that I could make films and I could tell stories, and also just to dive yourself into crafts that you wanna pursue further. Like I always thought that directing was my main thing but directing is still a very mysterious thing for me. Even though you can learn by the book, still, how do you work with actors? How do you work with non-actors? I was also able to realize that maybe I also love to delve myself into the cinematography aspects. I think the biggest thing that opened my eyes during the making of FilmLAB film is that, I realized that I have so little knowledge about that aspect of the film, how to tell a story visually. So from there, it kinda compelled me to actually learn more about that.’

After you’ve done the CinemAsia FilmLAB in 2012, have you worked on some other projects?

‘Yea, so I made another short film for this competition called the 48 hour project. At that time, in 2013 they just started the 48 hour film project in Leeuwarden. We made a short called ‘Humblified’. It doesn’t exist in the English language but I came up with that. It’s about an American salesman who comes to Leeuwarden to enter an arm wrestling match.

And then afterwards I made a short film called ‘Snugglefest’. It’s about a Dutch girl who is obsessed with American guys with American accent. It’s kind of a critique to the way I see people here who tend to valorize the British English. Whatever they do, even when I was working for a client for video making, they wanted a narrator but it had to be a British sounding person. I was like why not Dutch? Because I love the Dutch accent when they speak in English, I love hearing it. Since then I haven’t done any other fiction films because I shifted more towards corporate filmmaking/videos.

Recently I’d been pondering about making documentaries. So the topic I’m working on at the moment that I hope to bring out for potential fundraising is, in Indonesia, there’s an emerging movement of all-female Muslim metal bands. I’m interested in following this band called ‘VOB’ (Voice of Baceprot), which comprises 14 – 15 y/o all-Muslim hijab-wearing musicians. It’s interesting to kinda look into to what extent they tend to, on one hand you know trying to aspire to become musicians and at the same time they have to deal with what the society expects from them. Metal music is seen still as an unislamic phenomenon so I’m interested to see how they reconcile that. But this is still a very early idea project that I wanna pursue.’ 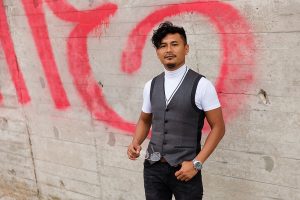 What was the best thing about your CinemAsia FilmLAB experience?

‘The best thing about that whole experience was that it forced you to come up with practical creative solutions. I don’t know if it rings true or not. But I do believe that a filmmaker is also a creative problem solver. The script and scenes are there, but how are you gonna shoot it? That’s a problem in itself. How you wanna present visually and where you wanna start and how you wanna ‘drag’ the audience from that moment to moment transition. To me it’s about creative problem solving and having that experience in such a pressure-cooker kind of situation kinda helped me think strategically but also quickly because we really didn’t have time and you didn’t have a lot of budget.

And the premiere was amazing. I was there with the cast and crew. You get to respond to questions. Having people from different parts of the country who can relate to the story, that’s the most gratifying part to me.’

You can find Ari’s FilmLAB 2012 short and his other works in his Vimeo account. You can also check out his creative production house EMPIRIKAL here