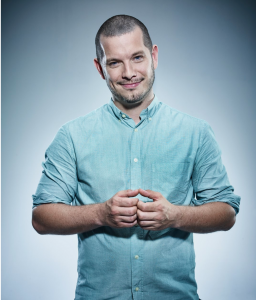 Martijn van Veen is the coordinator of the CinemAsia FilmLAB Programme. Martijn is filmmaker and editor with an interest in NGO’s and minority cultures and works for parties such as SJB Media, Pride Amsterdam, Towel Media, Free Press Unlimited and is DOP and Head editor of feature fiction film Taxi Stories and Documentary feature film The Ugly Model.

He is has been active for CinemAsia Film Festival from 2010 onward as media content creator and technical manager and has supported CinemAsia FIlmLAB throughout the years as editor and post production producer. After Judith Mulder and Daan Vree’s departure as FilmLAB coordinators Martijn has taken over as coordinator and has ramped up FilmLAB’s ambition to grow further and help realize its mission. 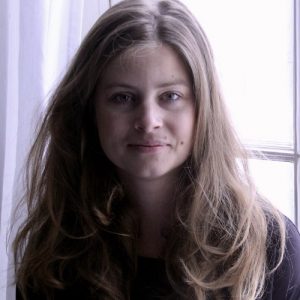 Eva Aussems is involved with CinemAsia FilmLAB as creative producer. Eva is positive, energetic and creative and loves to collaborate. She’s an experienced video producer with a background in audiovisual art and scientific research with a BA in Autonomous art at the Gerrit Rietveld Academy, Amsterdam and a Masters in MediaTechnology at Leiden University. She draws inspiration from the puzzle that is video production: communication, planning, timing, budget, quality and oversight.

Eva has joined the team in August 2019 and will counsel and guide the talents for the FilmLAB Shorts programma of 2020.

Fun Facts
Favourite Film; il postino
Favourite Food; bibimbap
She loves cats and she takes every chance she can get to visit the opera. 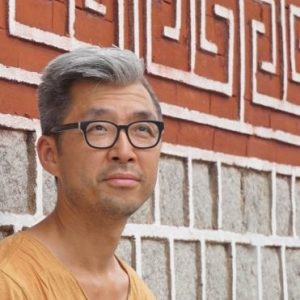 Daan Vree is a writer and filmmaker.. Hij has made two fiction shorts: Adopted (Aangenomen) (2012) en Hangul Blues (2018) in which he has translated his experiences and thoughts on adoption to fiction.  The short films have been screened at film festivals in the Netherlands and abroad, such as Amsterdam, Rotterdam, Eindhoven, Berlijn, Hamburg and New York.

He is a colonial literature graduate from the University of Amsterdam. For his thesis he explored second generation migrant literature in context of the post war decolonisation of the Dutch-Indies. Themes regarding identity, stereotypical representation and life in between two cultures have his special interest.

At the Mediafonds he has finished a course script writing for childrens cinema.  He has also done a several practical filmmaking courses in direction, camera and montage a.o. at Open Studio and Bromet Filmschool.  As a FilmLAB Producer he has produced over  12 short films on Asian diaspora together with Judith Mulder from 2013 to 2017.

Aside from his own enterprises, Daan De Koreaan Creative Productions, he is active for the Communications Study at the Hogeschool Rotterdam, where he gives course in language, storytelling, media and film.

Since 2019 he is active as alumni network coordinator to strengthen FilmLAB’s alumni-network. The goal of the alumni-network is to keep stimulating and inspiring filmmakers to tell authentic stories and to collaborate to realize these stories. He does this by a.o. organising workshops and speed dating events for and together with the alumni. He also established the FilmLAB newsroom, where he and alumni regularly share updates on CinemAsia FilmLAB’s website.
Fun Facts
Favourite films: Air Doll (Hirokazu Kore-eda), The Wayward Cloud (Tsai Ming-Liang), Abel (Alex van Warmerdam)
Favourite Food: bibimbap (비빔밥) and bimi, lots of bimi.