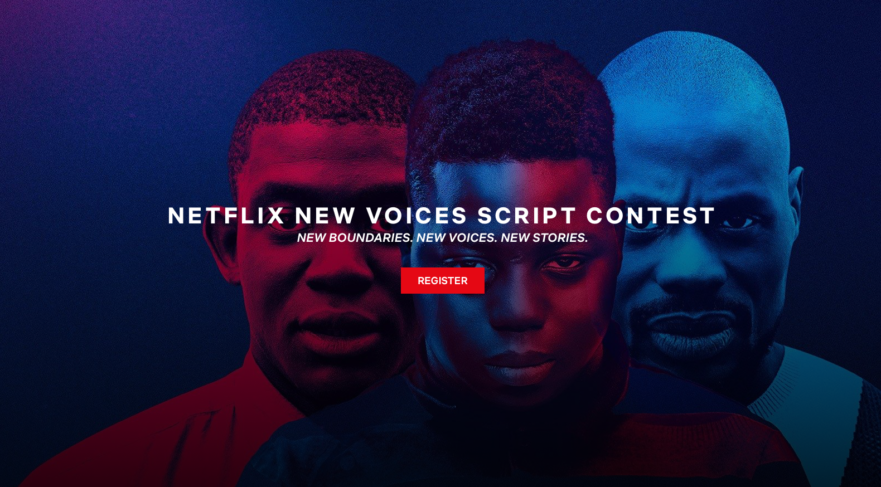 Amsterdam, 24 november – Netflix is on the hunt for screenwriters with a talent for creating compelling and inclusive content that can touch a wide audience. The New Voices Script Contest is organised in partnership with Scriptbank, Dutch accelerator programme for film and TV producers. After a thorough selection, up to 15 script writers in the Netherlands will receive a grant enabling them to focus on writing a first draft of a feature film script. Registration for the contest opens on November 24th at netflixnewvoices.nl/nl.

It’s the first time that Netflix looks for film scripts in this way. Janey van Ierland, Manager Acquisitions & Coproductions at Netflix: ‘This contest is about finding new voices who tell new stories. Netflix feels it is important that the audience can identify with the storyline and that a variety of voices is represented.’ Maarten Almekinders at Scriptbank adds to that: ‘Writers who are new to the scene have a hard time attracting the attention of producers and TV channels, especially if they didn’t graduate from The Netherlands Film Academy. The contest gives writers from all backgrounds the chance to get noticed by Netflix.’

The writers will receive coaching to help them create their first draft of a feature film script. Netflix invites writers from all backgrounds to submit their feature film proposal and complete a writing assignment. Up to fifteen talents will be selected to write a first draft of a feature film script in the first months of 2021. The five most promising scripts will receive a prize. The top two scripts will be optioned to be developed for consideration as a Netflix Original Film for the service.