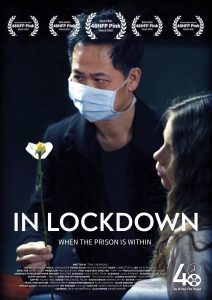 During the 48 Hour Project Pink Edition for film festival de Roze Filmdagen team CinemAsians has created the short film ‘In Lockdown’. Because of the Corona pandemic it wasn’t possible to screen all submissions live in the customary 48 Hour Film Project screening  therefore the organisation had decided to watch the submissions together with the Zoom Tool. After the viewing the awards ceremony followed. Not only did team CinemAsians  won the award for best poster, a special mention for best actrice Lena Burger, the award for best script and for best use of character,  but they also won the biggest prize of the night: for Best Film. That’s why the film (likely) will compete on the national level, for best Dutch 48 Hour Project film. Congratulations to the team for all their hard work. May many films and awards follow!

Soon one of the participants of team CinemAsians will share a report on their experience so keep an eye out for it on our website.