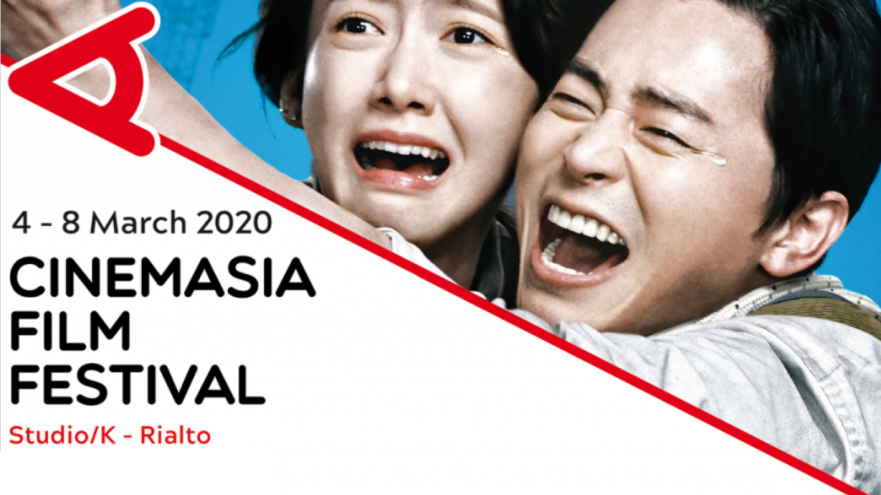 The following activities are planned to take place (click on the links for further info):

Producing In a Time of Flux

Boardmember of CinemAsia and film producer Lorna Tee will moderate this timely panel. Two producers – Aileen Li from Taiwan (Detention, Nowhere Man) and Pieter Kuijpers from The Netherlands (Paradise Drifters, Ares) – who are the first in their respective countries to produce a Netflix Original Series, come together to discuss their work. We will discuss with them on working together with Netflix to carve new local language productions, the challenges of the collaboration, the feedback and reaction from various sectors, and the state of the film and television industries in both Asia and Europe in the age of streaming giants competing for content and audiences. An afternoon of sharing and learning with producers on top of their game.

To register for the event please send an email to Martijn@cinemasia.nl before February 27.

CinemAsia’s own Hugo Emmerzael will ask programmer and guest curator of CinemAsia Film Festival 2020 Leo Soesanto, director Shariff Nasr and Executive Producer at Revolver Germen Boelens and dramaturge & Project director of De Ontmoeting Sacha Gertsik to share their recipes for success for filmmakers with an Asian background.
Leo Soesanto will share tips on what will give a film a successful festival run, Shariff Nasr will talk about his upcoming film production and executive producer Germen Boelens will share his thoughts on what convinces him to pick up a (short film) project and Sacha will share what projects she selects for De Ontmoeting. All this to give FilmLAB participants of past, present and future a better understanding on how to get their productions off the ground and receive a few recipes for success.

This is a closed meeting accesible for industry guests and friends of FilmLAB.

Are you coming? Then please register for the event here.

This quarterly FilmLAB event gives alumni of the FilmLAB Network and other (starting) filmmakers with an Asian background the opportunity to join the FilmLAB coordinators and discuss their current filmprojects. All projects are welcome: whether it’s an idea, an outline, a filmplan, a script, a montage or distribution plan. The FilmLAB Jam Sessions are meant to help provide each other with feedback and to help filmmakers realize their films.
Interested in joining this FilmLAB Jam Session? Send an email with your project details and documents to filmlab@cinemasia.nl to sign up. The deadline for submission is Friday February 28th 22.00.

Dutch Premiere of The Ugly Model

The Dutch Premiere of The Ugly model is closely connected to CinemAsia as it is the production of Head of Board Doris Yeung and previous managing director Bianca Kuijpers with FilmLAB Coordinator Martijn van Veen as DOP and Head Editor.

The film is about Philly based Korean American adoptee and fitness model Kevin Tae-jin Kreider seems to have it all, Looks, Muscles, Chutzpah, Confidence and Charisma. He has a popular Instagram and vlog and has modeled around the world for the likes of Men’s Health, Gillette and Abercrombie & Fitch. Yet since childhood, he has always felt ugly and second best as an Asian male in America. The Ugly Model examines the paradox of a handsome male model who feels ashamed, ugly and emasculated because of his Asian ethnicity in America. Why does Kevin still choose to be a male model where validation is based on physical appearance and his ethnicity defines his marketability? Is he a masochist for beating his head against the glass ceiling or is beauty truly in the eye of the beholder?

The Premiere will be followed by a discussion on Asian Representation with director Doris Yeung and journalist & author Pete Wu.

After the FilmLAB Industry Panel and the premiere of the Ugly Model documentary FilmLAB have the FilmLAB Borrel.
Join the other filmmakers from the CinemAsia FilmLAB Network, aspiring film talent and other (international) industry guests to celebrate the 2020 edition of CinemAsia Film Festival, to learn more about their latest projects and to expand your network.

The first drinks are on us.

This year CinemAsia will open up registration to participate in 48 Hour Project Pink edition. This is the 48 Hour of the Roze Filmdagen and so genres, content and theme will have to do with the LGBTQ community.

The 48 Hour Project Pink edition will be the weekend of March 13 to 15.
FilmLAB Alumni had the change to register themselves until Tuesday February 18 and 4 to 5 alumni now created a team.

In case you would still really like to join the 48 Hours team as actor or crew member then you can send an email to Filmlab@cinemasia.nl